Did you know– autistic children have higher levels of depressive symptoms and are 28 times more likely to have thoughts of suicide than their neurotypical counterparts? 😲

In recent years our awareness of and willingness to tackle mental health issues has increased significantly, however, the autistic community is often forgotten in our discussions.

Mental health issues such as OCD, anxiety, depression, eating disorders, ADD, psychosis, personality disorders and bipolar disorder are frequently co-morbid with ASD diagnoses, but aside from OCD and anxiety, you will rarely hear about these other issues in relation to autism. In fact, such mental health issues can even obscure ASD diagnoses in higher functioning autists as clinicians often diagnose the co-morbid condition without seeing the underlying ASD.

This is a particularly big issue for women on the spectrum as experts have found that we tend to exhibit greater depressive symptoms and higher anxiety levels than our male counterparts as we tend to internalize and ‘mask‘ our struggles. Moreover due to differences between male and female presentation of ASD’s and male bias in the development of the diagnostic criteria, women with autism are often misdiagnosed as having mental health issues, but the root ASD continues to evade. 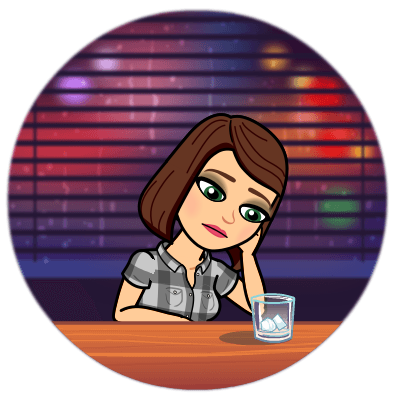 But are there any scientific reasons why mental health issues are so prevalent among autists?

A recently published study has suggested that perhaps the gut may influence an autists mental health. As gastrointestinal issues are often co-morbid with an ASD diagnosis, and as the microbes that live in the gut can have an influence on the brain and behaviours, it has been proposed that perhaps a “dysbiosis” or imbalance in gut microbes may have an influence on an autists mental health 😲

Interestingly studies have also identified an overlap between the genes that cause schizophrenia, bipolar disorder and autism wherein certain points on these genes encode proteins that are involved in the formation and strength of synapses (which act as chemical bridges between neurons) suggesting that these disorders may act through a similar neurological pathway. Moreover, dysregulation of neurotransmitters (biochemical messengers in the brain) has also been implicated in depression, anxiety, bipolar disorder, ADHD and autism (as we have discussed in multiple previous posts) indicating further neurological overlaps.

In short, it seems that the biological basis of both autism and mental health issues are intertwined, which could explain why so often the two walk hand in hand.

11 thoughts on “Autism and Mental Health”