Leading on from my previous post on echolalia, this week I’d like to briefly discuss the phenomenon echopraxia.

Yes I know, it’s another mouthful, but what exactly is echopraxia?

Echopraxia (also known as echomotism or echokinesis) is a type of tic disorder characterized by involuntary imitation of another persons actions e.g. waving a hand, touching your nose, kicking something, even facial expressions. Echopraxia is one of the core features of Tourette’s syndrome, however it has also been found to occur in ASD’s. It is often paired with echolalia, but it has been known to occur independently in autists.

I know what you’re thinking- imitation of actions is critical to early development in childhood and perfectly “normal” behaviour, so it seems like echopraxia might be reading into things too much. However, when this behaviour persists and becomes reactionary rather than a learning tool, then it can be viewed from a pathophysiological  perspective. As such, it can be very difficult to diagnose this behaviour in children.

So what does the science have to say about echopraxia and autism?

There’s very limited research in this area, however experts believe that echopraxia is related to damage or dysfunction within the frontal lobe known as the action cortex of the brain- an area that is often implicated in autistic behaviours. Other’s have theorized that abnormalities in the mirror neurons located here may be responsible.

Nope, I’m afraid mirror neurons are not quite this exiting- mirror neurons are in fact a particular type of nerve cell that fires when a person or an animal acts and witnesses another person complete the same action. This type of behaviour has been particularly observed in primates, giving new meaning to the phrase ‘monkey see, monkey do’.

In general, echopraxia is considered harmless, however if it starts to interfere with social functioning, then behavioural modifications, medications and psychotherapy are possible treatment options 🙂

So this week I wanted to briefly put together a post about some of the lesser known autistic traits. I’ve discussed most of these before, but I wanted to put them all in the one place 🙂

Fecal Smearing– yep, really diving in at the deep end on this one! 😛 As disgusting as this is to talk about, fecal smearing or scatolia, can be one of the earliest signs of autism. Reasons for smearing are generally thought to be either behavioural (attention seeking) or sensory. Scatolia in particular seems to be linked to periods of under-stimulation in autists and so the behaviour appeals on a textural and olfactory level… This is in actual fact a pretty common autistic behavaiour, but the vast majority of people are unaware of it- because let’s face it, who wants to talk about poo! 😛

Skin Picking–  As we’ve previously discussed, skin picking, or neurotic excoriation, is a pretty common autistic behaviour (an estimated 14.8% of autists may exhibit this behaviour). Autists may pick, scratch and squeeze their skin as a physical expression of emotional/psychological distress to relieve their discomfort through self- stimulation.

Regulation of Tone– Another common but lesser known behaviour is that of autists’ struggles to regulate their tone of voice. Impairments in audio processing and prosody in the autistic brain can make it difficult for an autist to accurately gauge the tone and volume of their voice, so try not to judge too harshly if they accidentally shout in quiet conversation 🤫

Digestive Issues– Perhaps one of the most common but equally unknown challenges of autism is that of co-morbid digestive issues. Autists may be over 3.5 times more likely to suffer from issues such as diarrhea, constipation, food allergies, gastroesophageal reflux disease (GERD), irritable bowel syndrome (IBS) and inflammatory bowel diseases (i.e. Crohn’s disease and ulcerative colitis)- the associated pain from which can exacerbate behavioural symptoms.

Have fun this weekend! 🙂

This week we’re going to talk about something that effects approximately 75% of autists- Echolalia.

I know, I know, it’s a mouthful- but echolalia is actually quite simple:

Echolalia is the meaningless repetition of noises, words or phrases immediately after their occurrence (although sometimes this can be delayed).

Derived from Greek echo, “to repeat,” and laliá, meaning “talk” or “speech,” Echolalia is an automatic and unintentional behaviour.  In most cases Echolalia is used in an attempt to communicate, practice or even learn language. In fact, Echolalia is part of normal development- every child experiences Echolalia when they learn a spoken language.

However, whilst “normal”, this behaviour can persist for longer in autists.

Psychologically speaking, Echolalia is considered by some to simply be a repetitive or self-stimulatory behaviour in autists (as some experience this behaviour only when they are stressed), however, the general school of thought is that it is a communicative behaviour. Imitative behaviour is an essential part of social learning. As autists struggle so much socially, this imitative behaviour can act as a tool to help improve their social skills.

I’ve certainly exhibited such imitative behaviour during my formative years. For example, I somehow got it into my head that in my final year of primary school I needed to practice my swearing so that I would better be able to fit in when I made the jump to secondary school! 😬🙈 Wasn’t especially successful- sure I could swear like a sailor, buuuuuut it didn’t do much to improve my social skills or status (but I suppose I sounded a little less like a walking thesaurus for a change! 😛 ).

On the biological side of things, much of the physiology of Echolalia remains to be explored, however, one study indicates that the ITGB3 gene (which carries the information for β3 integrin- a cell membrane protein that will interact with other proteins to trigger a number of biochemical reactions in our cells) seems to link autism and echolalia.

There we have it now Earthlings I hope you enjoyed this post! 🙂

Have a lovely weekend everyone! 😀

Today I’d like to touch on one of the most commonly observed autistic behaviours- “stimming”.

So what exactly is “stimming?”

Self-stimulatory behaviour, (also known as stereotypy or “stimming”), refers to many of the repetitive behaviours often exhibited by autists. Examples of these behaviours include scratching or rubbing the skin, noise making, smelling objects and the classic examples of rocking and  hand flapping, although in my experience it’s a lot more like ‘Jazz hands’ than flapping!

There are two psychological theories as to why autists stim:

From a physiological perspective, there are a number of possible biological reasons.

Some researchers believe that stimming provides the autist with sensory stimulation. Contrary to common belief, many people with autism have a reduced sensitivity to certain sensory stimuli. Dysfunctions in the circuitry of the brain mean that the body craves sensory stimulation, and so we adapt repetitive behaviours in order to stimulate and excite our nervous system.

Deficits in dopamine levels in the brain can also interfere with our reward pathways, leading autists to engage in behaviours, such as stimming, which will provide the extra hit of dopamine that the brain needs.

So that’s why I’m drawn to fluffy things! 😉

Aside from being drawn to stimulatory texures, I have a particular tendency to fidget with the silver chain around my neck. I just find something oddly soothing about the rough sensation of the metal against my skin! 😛

In my experience, I also find that stimming isn’t always a response to stress, but born from a need to keep my hands busy.

As I’ve discussed previously, research shows that autists have higher levels of excitatory neurotransmitters such as glutamate, and lower levels of calming neurotransmitters in the brain. As a result, we are often hyper-stimulated. Stimulation of the brain’s reward system, i.e.  dopamine release through “stimming” behaviour, causes a decrease in glutamate levels, effectively calming the brain!

This would explain why I’ve often found that stimming sometimes helps me to concentrate and clear my mind by channeling any excess energy into a physical action. I find this particularly helpful when I’m studying, or writing, and for some strange reason while I’m waiting for the microwave to ping! 😛 #excitedforfood

Stimming can also be considered a form of self injurious behaviour, but I’ll write a separate post on this topic at a later stage 🙂

So is there anything that can be done to control this type of behaviour?

So there we have it Earthlings, a brief insight into stimming behaviours in autism! 🙂

Today I’m going to give you an insight into a particular form of repetitive behaviour- skin picking.

Ok- I know it sounds disgusting, but it is common for those with autism! The statistics are limited, but as many as 14.8% of autists exhibit this type of behaviour.

Skin picking, also known as neurotic excoriation or dermatotillomania  (I really do like the sound of these terms! 😀 ), is characterized by excessive rubbing, scratching, digging, squeezing and gouging of healthy skin. In chronic cases, the urge to pick and scratch can lead to scarring, tissue damage and infection.

If I were you though I probably wouldn’t look the condition up…some of the pictures of these chronic cases are disgusting!

In my own experience, I have a mild tendency towards skin picking. I prod and poke at bites and burns, pick at cuts and scabs etc., but squeezing my skin would be my biggest issue- I find it so addictive and it can be quite hard to stop! I also have a particular tendency to press hard against injured skin, like pinching an infected finger or pressing a sore toe against a hard surface- for some odd reason I find it comforting! It hurts, but I feel better about the injury after doing it. I suppose it must link back to the calming sensation of deep pressure stimulation or something!

Now before we call the men in the white coats, let’s see if there’s a physiological reason for all of this! 😛

Research suggests that the dopamine pathway may play a particular role in this behaviour.

Dopamine is involved in reward motivated behaviours in the brain. Drugs such as cocaine and methamphetamine activate dopamine, which is thought to contribute to the sensation of skin crawling and subsequent picking often experienced by addicts. So experts believe that dopamine dysfunction may be at play in this behaviour.

As I’ve discussed in other posts (sleep, ADHD, curiosity, inside the autistic brain etc.) dopamine is often dysregulated in the case of autism, so it stands to reason that this neurotransmitter may play an important role in skin picking behaviour in ASD’s.

Other experts point to a psychological reason for the behaviour as there is a strong link between skin picking and co-morbid psychiatric diseases. Skin picking is thought to act as a form of  communication in times of stress in the case of autism and is believed by some to act as a sensory outlet for sensory stimulation and or soothing.

Furthermore, as I’ve previously discussed, we autists tend to have more sensitive skin than the average person, this too could influence our tendency towards picking and scratching our skin. 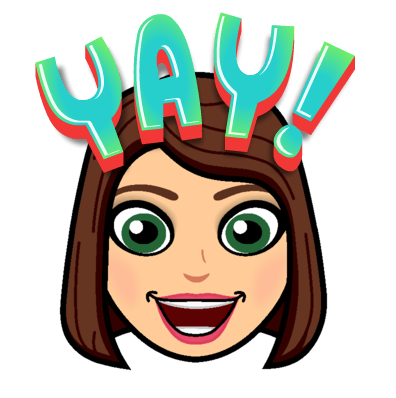 But is there anything we can do to manage it?

Dermatologists and physicians find this one particularly difficult to treat and often seek drug and behavioural interventions to counter skin picking.

For me personally, this is difficult to advise as the reasons for picking differ from person to person, annnnnnd I tend to indulge the behaviour rather than avoid it 😛

However, I have been making conscious attempts to reduce the frequency in recent years to help protect my skin, and to avoid looking like a weirdo in public! Don’t want people thinking I have fleas if I persistently keep scratching myself!

The best advice that I can give is to keep your hands busy- if they’re occupied, you won’t pick! Gaming and crafting I find can be useful to keep my hands from wandering 🙂

So there we are Earthlings! 🙂 Hope I didn’t disgust you all with this post! 😛