This week I’d like to take a look at the depiction of autism in the semi-biographical drama film ‘X+Y‘ (also known as ‘A Brilliant Young Mind‘ in some countries) starring Asa Butterfield, Rafe Spall and Sally Hawkins.

In case (like me) you have never heard of it, the film follows the story of Nathan, an autist with genius level skill in mathematics as he trains for and competes in the International Mathematical Olympiad (IMO). The interesting thing about this story is that it is based on the experiences of Maths prodigy Daniel Lightwing, who won a silver medal in the IMO back in 2006, and shows us how he found love, friendship and a sense of belonging through Maths.

You can see a trailer for the film here:

So given that the film has it’s basis in fact, how did it fare in it’s depiction of autism?

For starters, I found it hard to take the film seriously knowing from my research that for a film based on a true story, there were a number of  inaccuracies. Nathan was diagnosed with autism at a young age whereas Daniel was a teenager; his mentor was a woman but portrayed by a man in the film; Nathan’s father is killed off whereas Daniel’s is very much living, and perhaps the biggest difference being *Spoiler alert* that Nathan ran out of the IMO exam, whereas Daniel claimed the silver medal!

In terms of the portrayal of autism, I found that in general Asa Butterfield’s portrayal of autism was fairly stereotyped (poor eye contact, literal thinking, particular food preferences, problems with social skills etc.), however in reading about Daniel/watching his teenage self being interviewed, it’s hard to argue with the portrayal. Got to admit, Asa does look quite like him!

One thing that I found particularly interesting was when another autistic character began to self harm after he did not make it onto the IMO team. This darker side of autism is often overlooked in film. We see the stereotyped struggles such as eye contact, social and sensory problems, however we rarely see an autists struggles with mental health. As I’ve discussed previously, mental health issues are very common among autists. Self injurious behaviours such as cutting can be particularly common, making the depiction of this trait in the film all the more poignant. 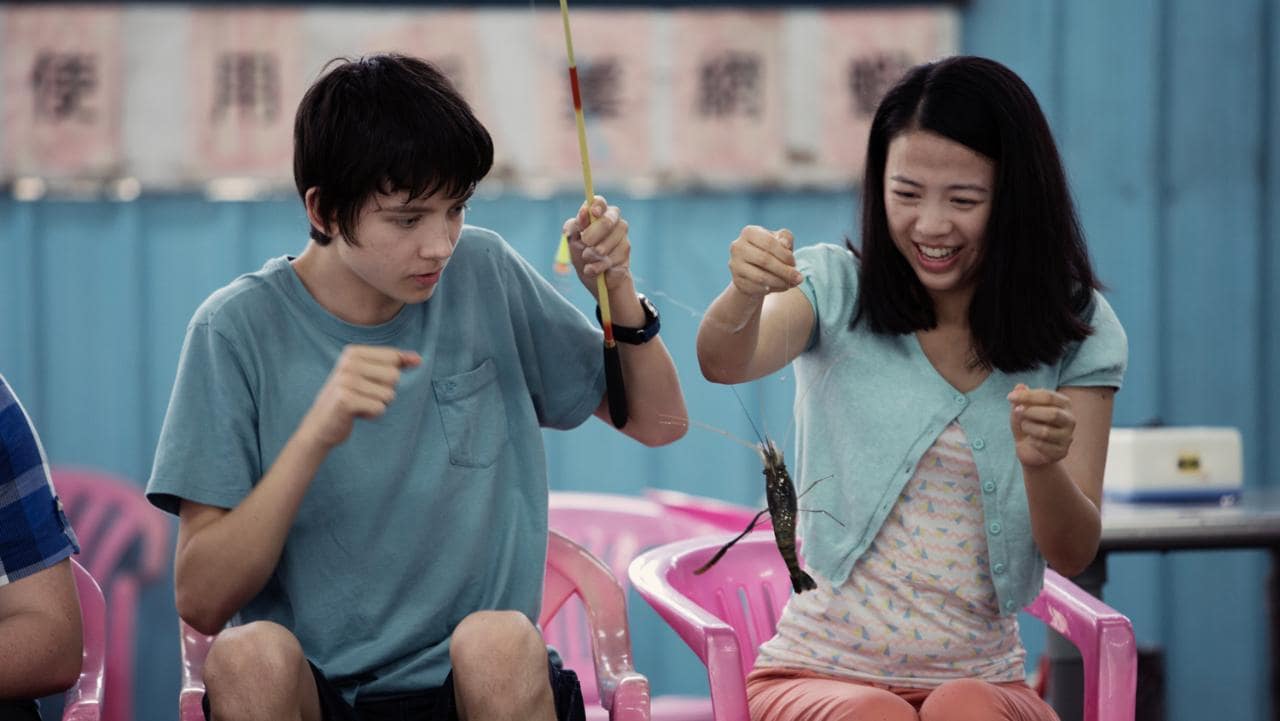 At the end of the day, the real opinion that matters here is Daniel’s. When asked about the film Daniel was quoted as saying “I cried the first three times I watched it. It says things I was feeling but could not express.”

You can read more about Daniel’s experiences of Asperger’s here:

All in all, ‘X+Y’ is worth a watch, perhaps not the most informative film about autism, but an interesting story nonetheless.

Have a good weekend!