Stress- it’s hard to escape it in the modern world; even more so for an autist. 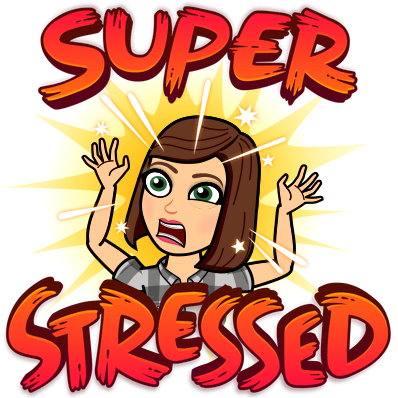 Ordinary day to day life can be very stressful to navigate. Such simple things as responding to an email, dealing with crowds, sensory triggers and social interactions can be completely overwhelming. The thought alone of these seemingly innocuous situations can be incredibly stressful for an autist.

In my case, just the mere idea of driving in Dublin city centre for example majorly stresses me out- I have genuinely told my friend that if his directions landed us there I would get my car towed and grab a taxi 😛 Any unexpected scenarios, detours or maneuvers in my car will leave me hot under the collar, praying out loud for help to keep from freaking out!

But are there any scientific reasons why autists are more predisposed to stress?

Interestingly, autists show signs of greater biological stress than their neurotypical peers. In particular, studies have indicated that autists have higher levels of stress hormones than neurotypicals. As I’ve previously discussed, stress hormones such as cortisol and adrenaline are released in response to stressful situations from the hypothalamic–pituitary–adrenal axis or HPA axis. This is a complex interconnecting network that comprises the hypothalamus, the pituitary gland and the adrenal gland (i.e. HPA) to control our response to stress- a network that is hyperactive in autists.

Following exposure to a stressful situation, stress hormone levels should return to normal, however, research has shown that stress hormone levels tend to persist in autists, which can make us more susceptible to stress related outbursts and meltdowns. In other words, we’re constantly living in a state of fight or flight.

Long term activation of the stress system can lead to a number of health problems such as poor mental health, weight gain, sleep issues, digestive and cardiovascular problems to name but a few- many of which are regularly comorbid with autism.

In addition to this, studies have shown that autists have higher levels of oxidative stress in the body. Oxidative stress occurs when there is an imbalance between anitoxidants and free radicals (unstable oxygen atoms that can damage cells causing illness and aging – not so fun fact, free radicals are thought to contribute to hair greying) in our bodies. Several studies have indicated that antioxidant enzyme levels that regulate free radicals in the body may be altered in autists. As such, oxidative stress has been linked to the appearance of autistic symptoms such as language delay in previous studies.

In addition, as with prolonged exposure to stress hormones, oxidative stress may also contribute to the development of cardiovascular disease and mental health problems such as depression. Worryingly, heart disease and suicide are among the leading causes of mortality for autists, with studies indicating that the average autist lives 16 years less than their neurotypical peers! 😲  In addition to this, research suggests that psychological stress may worsen the symptoms of ASDs.

Therefore, as for everyone, it’s very important for an autist to find ways to manage their stress levels for both their long term physical and mental health.

4 thoughts on “Autism and Stress”