So today I’d like to take a quick look at one of the most famous TV characters in recent years- ‘The Big Bang Theory’s‘ Sheldon Cooper.

Strictly speaking, the show’s creators have said that Sheldon is not specifically autistic (and have been frequently criticized for stereotyping autistic behaviour), however, the evidence is overwhelming that he is a cornucopia of autistic traits. In fact, having seen every episode (and many episodes dozens of times thanks to the constant replays on E4!), I believe that he has demonstrated practically every single common autistic trait, and also many rarer traits which the average viewer may miss.

In case you haven’t seen him in action, here’s a video of some of his best “sheldonisms:”

So let’s take a closer look at who exactly is Dr. Sheldon Cooper?

Sheldon is a socially awkward, routine obsessed, theoretical particle physicist of genius intellect (*cough stereotype*!) who’s array of outrageous quirks have been the cornerstone of ‘The Big Bang Theory’s‘ enduring success. Much of the show’s humour hinges on Sheldon’s OCD, specialist interests (such as trains, physics, comic books and sci-fi), mind blindness and bluntness, with particular attention to his struggles to perceive sarcasm. Sheldon constantly has to be coached on appropriate social behaviour, including one particularly memorable episode where he had to practice smiling to feign support when his friend Raj was being obscenely obnoxious. 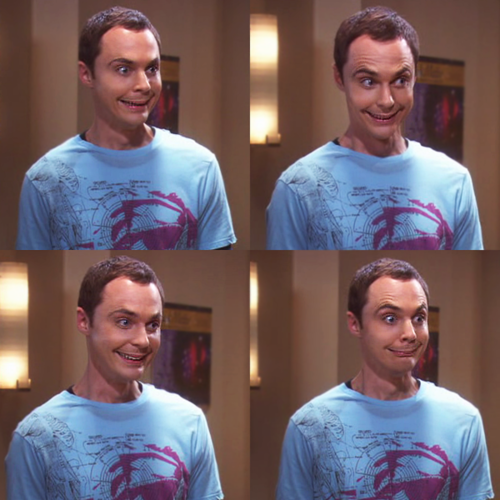 It may surprise you to hear that many autists have struggles with smiling, particularly in forced situations such as in front of the camera (or in Sheldon’s case in an attempt to endear himself). I certainly went through a phase of not knowing what to do with my face in pictures as a child- there’s some pretty awful photos of me from one particular holiday until I copped how creepy it looked 😬!

Sheldon has also shown signs of synaesthesia (a phenomenon where one sense is perceived in terms of another i.e. hearing colours, smelling sounds etc- which I will talk about in a later post), a common, but not widely known autistic trait in the following scene:

Immortalized by the line “I’m not crazy; my mother had me tested!” (a line which I have jovially used since my own diagnosis 😛 😉 ), Sheldon can be a lot to handle. His narcissism, OCD, TMI and childish tendencies whilst comedic, often alienate him from friends, family and the world in general. 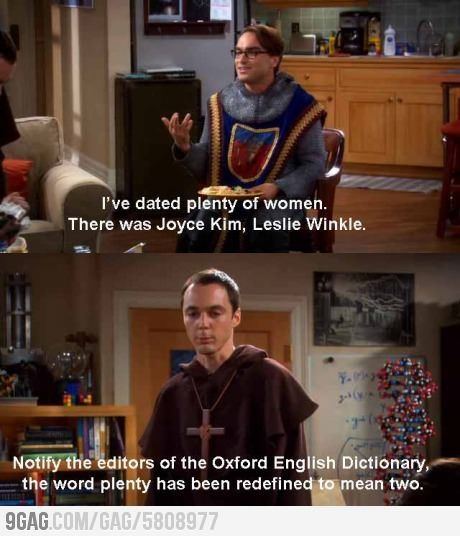 As annoying as Sheldon can be however, we have seen huge improvement in his character over the course of the last 11 seasons- he has become more socially aware of others, more in sync with the ins and outs of humour, more comfortable with touch and has even bagged himself a girlfriend who will soon become his wife in the current season finale 🙂 This character development is particularly poignant as it shows how in spite of the difficulties associated with autism, with time, effort and a LOT of patience, autists can overcome so much! 😀

All in all whilst Sheldon’s character is highly exaggerated with many stereotypical autistic behaviours, I think it’s really important that a character like Sheldon features so prominently in a prime time TV show to help normalize the autistic experience, and more importantly to see the lighter side of things. So often we fail to see the funny side of autism- what can you do but laugh when Disney films trigger a happiness meltdown (wouldn’t know anything about that happening…😬😂)?!