It had been my intention to discuss another topic today, however, after reading this article in the Irish Independent yesterday, I felt the need to postpone:

In the article, EU legal campaigner Gina Miller discusses a recent interaction with her autistic daughter-Lucy Ann. Having watched her siblings grow up differently to her, Lucy-Ann grew depressed, angry and frustrated.

One day, she asked her mother “Why didn’t you just kill me when I was born?”

The autistic mind is highly logical. Black and white thinkers, we struggle to understand the rainbow world surrounding us. It doesn’t necessarily mean that we will never understand it, but it can take time to upgrade to a technicolor lens.

In a confusing world of complex emotions and social contradictions, logic provides a safe haven. Logic is structured, formulaic and rational, guiding us through the unfathomable. When everything gets too much, it is our default setting.

Whilst it would be unusual for me to propose a viewpoint this extreme, I am no stranger to such statements.

Growing up un-diagnosed was a struggle for both me and my family. I would frequently meltdown, throw tantrums, lash out with my tongue…Without knowing the true cause for my behavior, I was regularly punished by my parents. One night when I was 6, I put on my shoes and coat and tried to run away! Luckily my mother was working in the office by the front door.

When asked why I was trying to leave, I told her that I had to go because I couldn’t be good!!

Funny as this incident was, to me, my actions were the logical solution to my behavior!

When we find ourselves in the midst of a storm of emotion, it can be difficult to process what we are feeling. We can become so overwhelmed that the rational parts of our brain can biologically shut down.

From here,  what I like to call ‘black logic’ is born.

Overwrought and emotionally confused, we attempt to logically make sense of the situation. However, in my experience, the emotional storm clouds these attempts, tainting my logical conclusions and staining them black.

My response to the situation is logical, but a twisted logic.

On another such occasion, this black logic led me to conclude that my mother did not love me as much as my younger sister as she used to tuck her in before me! I was so confused by my emotions that I failed to see the true logic in that my sisters bed was the closest to the door! 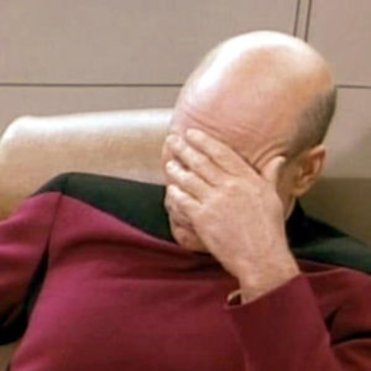 Sometimes my emotional investment in love stories in television and film also twists my thinking, wherein I morbidly conclude that the death of a romantic rival may be the logical way to ensure the union of star crossed lovers! 😛

Black logic generally comes from a place of emotional turmoil- but there is ultimately method in the madness.

It is not my intention to be deliberately morbid, but sometimes my brain inadvertently leads me down some twisted paths! Over the years I’ve gradually learned to reign in these outbursts of black logic, but the odd one creeps through my filter. With so many thoughts travelling through my head at once, it’s bound to get clogged and let rubbish through occasionally 😉

After reading that article, I felt compelled to give you a little bit of context into how things can get processed in the autistic mind. Journalists oftentimes seek the sensational when reporting about autism, giving false impressions and promoting stereotypes.

When it comes to autism, what we really need is understanding- something which I hope that I can provide with this blog.

Growing up with autism is a challenge, yes, but it is by no means the end of the world.

To think that would be black logic indeed! 😉