Today I’m going to talk about something that you may not be aware of in relation to autism- the issue of texture sensitivity.

During my assessment, I was asked by the psychologist if I had any issues with textures. Caught off guard (as I was unwittingly hoodwinked into attending the assessment 😛 ), I quickly answered no, only to realize hours later that in actual fact, textures influence my life hugely!

In all previous conversations about autism, I had never heard anything about textures, but these are in actual fact a common source of sensitivity for autists.

Rough seat belts, itchy labels and materials, even bras can be extremely irritating to the hypersensitive autist.

There was absolute war between my mother and I when I would refuse to wear a bra as a child! The sensation of the garment against my skin weirded me out and I found it extremely uncomfortable. I would even try wearing it over my thermal vest to place a barrier between me and it, buuuut it didn’t very work well…I was constantly fidgeting! 😛

Weird textures completely freak me out- cornflour (a particular pet peeve), some fruits and veg, yogurts (or most foods) with lumps in them and nail files to name but a few.

Encounters with such textures can lead to reactions like these…:

(Fun fact about me- I genuinely shake my head like a dog when I shudder! 😛 )

It’s not all negative though- you can learn to adapt and condition yourself to stimuli 🙂 I never drank a glass of water until I was 11 years old as it felt really weird to me compared with other more flavorful drinks. I gradually conditioned myself to it by taking one gulp water followed by one gulp juice (my family found this hilarious 😛 ) until the glass was empty- I now drink pints of water daily without issue! 🙂

Pleasant textures on the other hand pose an entirely different sensory experience, lighting up my brain like a Christmas tree! 🙂

The creamy texture of ice cream or chocolate melting in my mouth, the strangely irresistible and soothing feel of metal against my skin or the drug-like euphoria that comes from stroking a fluffy puppy-sheer bliss! 🙂 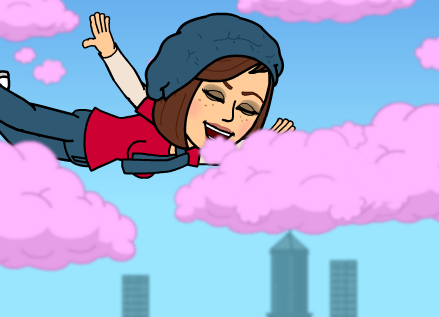 As my sister remarked as I was writing this piece, it’s easier to list the textures that I do like than those I don’t! 🙂 😉

So what’s the scientific reason for this sensitivity?

As we have discussed in previous posts (Autism 101-Sensory Processing;Discussion-Trust, Intimacy and Sexuality), people with autism are hypersensitive to the sensation of touch. Dysfunctions in brain areas involved in sensory integration, in addition to hyper-connected and hyper-excitable neurons within the autistic brain, can greatly influence our responses to texture.

MRI studies of autistic brains also suggest that there is an exaggerated response to unpleasant stimuli in particular within the limbic system- a set of structures involved in such processes as emotions, behaviours and motivation.

It may seem like we’re consciously overreacting to certain textures, but our response is entirely neurological- so try to keep that in mind next time you see us pull a weird face after encountering an unpleasant texture! 😛 😉