I had intended to write a different post this week, however, after watching the most recent episode of ABC’s acclaimed ‘The Good Doctor‘ (a TV show that follows a surgical resident with autism), I’d like to talk a little bit about making assumptions about an autist and their abilities.

Just in case any of you are fans and are not up to date look away now *spoiler alert.*

*Spoiler* In recent episodes, the new chief of surgery has made the decision to remove Shaun (aka the ‘Good Doctor’) from the surgical program following a minor social miscommunication with a patient, and place him in pathology, refusing point blank to get to know him or give him his job back. Naturally, this did not help Shaun’s mental state and need for routine, which ultimately led to the mother of all meltdowns and his subsequent firing from the hospital.

It was a nice bit of acting by Freddie Highmore if you’d like to see a clip following his firing:

Now it’s not often that I really feel a connection with Shaun (as we are very different in a lot of ways- no two autists are the same after all!), but this episode got me right in the feels.

Shaun’s predicament was one that I knew all too well. Shortly after my diagnosis I encountered a similar scenario in my career where assumptions were made about my abilities. Once the ‘A’ word was on the table, my employers opinion of me changed overnight, but alas, not to my benefit. Suddenly I found myself adrift in career limbo because someone jumped straight to the conclusion without stopping to discuss.

This is something that we’re all guilty of, not just employers. We hear the word ‘autism’ and suddenly our brain paints a picture. We see traits that may not be there, we imagine difficulties that may not even exist, we make assumptions on a persons character, interests, idiosyncrasies etc. based on what we know of autism without first taking time to see the person in front of us.

I’m worn out trying to tell people that no two autists are the same! Yes, there are similarities and common traits, but just because John hates to be touched, doesn’t mean that Mary automatically hates hugs. She may love them- but if the assumption is made you’ll never get to find out.

We cannot make assumptions on an autists ability. We need to educate ourselves, get to know a person, take time to see the person beyond the diagnosis. What I need is different to what Shaun the ‘Good Doctor’ needs; who I am and what I can do are worlds apart from him. Shaun is a skilled surgeon that sometimes struggles with communication, I’m an outgoing sciencey-artsy type who never shuts up, yet most people on hearing the word ‘autism’ would tar us with the same brush.

When it comes to autism, you can never judge a book by it’s cover-but especially don’t make an assumption as stupid as this one 😛 : 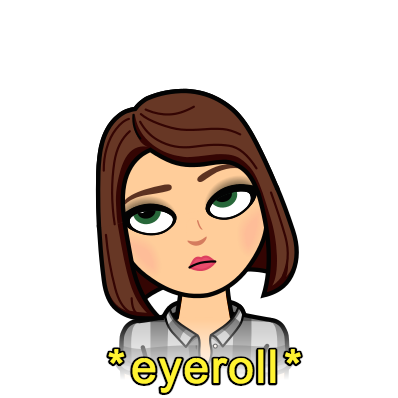